Is salt doing you damage?

You may have already quit sugar and reduced your red meat portions but did you know that you may need to cut back on salt too? We have a salty problem. That seasoning that Gordon Ramsay wants you to smother your food with is doing your body harm.

While salt in small quantities might even be good for your health, the bottom line is that Australians eat way too much; almost double the recommended amount according to the Heart Foundation.

If you’re anything like me, you wish these smart alecs with their facts would stop stealing everything that makes life worth living. Never fear, I’ll join you in reluctance as I snack on some salted cashews (my last perhaps?) and take my sweet time to change my ways. If my adaptation techniques are anything to go by, just a small change can start turning you in the right direction. So come along as we share a journey towards rehabilitation, my fellow salt addict.

Salt is a compound of sodium and chloride. One gram of salt contains around 40% sodium (400 mg), which is the part we are interested in.

Salt in Sodium in excess raises blood pressure which is a risk factor for heart attack and stroke. The Heart Foundation says that high salt intakes are also linked to:

That means there are some pretty good reasons to curb salt. But how much is healthy?

What is the recommended maximum intake of salt?

One teaspoon, or 5 grams. This equates to 2000 mg of sodium. The aim is to eat far less than this. These standards are set by The Australian Government’s National Health and Medical Research Council, along with its New Zealand counterpart.^

The current advice is:

Given that your average sausage contains upwards of 250 mg of sodium, unless you’re pretty careful with what you eat, it is pretty easy to eat more than the suggested teaspoon of salt to reach 2000+ mg of sodium.

Not according to a report from ABC Health. Professor Bruce Neal from the George Institute of Global Health told the ABC that sea salt and table salt both contain large amounts of sodium.**

The lesson is: even if your salt smells like the sea, you’re still consuming sodium that can harm you.

Things to watch out for & tips

Sodium occurs naturally in food and is commonly added in all sorts of food as a preservative, meaning that most Australians consume more than a safe amount of salt. Packaged food is generally packed with salt. That includes things that might seem healthy like some low-fat frozen meals and the like.

Similar to most of the good health information out there, cooking yourself at home with fresh ingredients is a great way to help your diet.

Just so you know for sure, here are some common foods to avoid:

Shopping tip:  The Heart Foundation recommends you read the nutrition information on food packaging and buy food with less than 400 mg of sodium per 100 g.

How can I make food tasty without salt?

There are plenty of ingredients that go big on flavour and make you feel like you’re not missing out.  Below are a few ingredients for strong taste lovers:

Cutting down on excessive salt is worthwhile aiming for, especially as you get older. Cook with ingredients that are strong in natural flavours to help you reduce your food salt intake. Extreme changes aren’t for everyone, so start small and see what you can achieve.

You may also enjoy reading...

Olympian Ryan Gregson: How to stay positive during setbacks

If you’re feeling sorry for yourself during COVID-19 (I’m guilty as charged), then spare a thought for Olympian and local Bulli legend Ryan Gregson. Ryan competes in gruelling middle-distance running. He’s the current Australian 1500 m record holder. If you’ve never watched the event, it’s like a 400-metre sprint that doesn’t end. Impressive but punishing stuff.

Peoplecare members can win 1 of 5 online passes (valid for 3 months) valued up to $300 with Savvy Fitness. 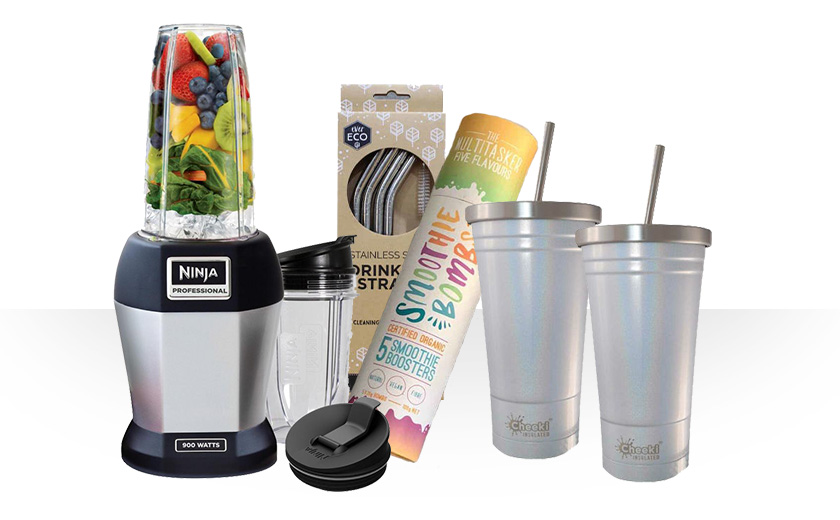 Win a smoothie pack on us!

Everyone likes winning and this is another chance to healthy gear for your home.